Once be among wolves, without fence in between, up close, nose to nose, so to speak - a long-cherished wish of mine, which you can fulfill at the wolf shooting in Ernstbrunn.

The wolf shooting starts with an introductory seminar. Here you learn quite a bit about the life of wolves and how to work with them. Quickly it becomes clear - a direct wolf contact is not without risks! There are clear rules, to which each visitor must adhere and these are also well justified.

After a short break we went into the wolf enclosure of an adult pack. The animals were relaxed and moderately impressed by the small group of people. The photo shoot leaves plenty of room for questions about the wolves. The staff is happy to explain everything in detail. After a period of acclimatization and with consideration for the condition of the wolves, we were allowed to be sniffed and later even touch the wolves themselves.

The next program point was a young wolf pack. What a difference! These lively wolves ran toward us, played, let us touch them, and now I can honestly say, "I've been kissed by a wolf before!" .

The lunch break was long enough to find a place to eat in Ernstbrunn, as well as take a short walk through the wildlife park. I was impressed by the closeness you have there to the other animals. The game park alone is worth a visit!

Important as a comparison group for research, there is also a pack of dogs at Ernstbrunn that are kept like the wolves. They live in packs and cooperate with humans in their research tasks. The most striking difference after the first 5 seconds ... dogs bark and enjoy running up and down in the pack (preferably loudly). They are very pleased to see people and like to stay near them. There was rather less to photograph here, but it was very informative.

It went then still into another wolf enclosure with another wolf pack. I had immediately the wolf from "Little Red Riding Hood" before eyes. The Timberwolf has dark fur with prominent yellow eyes. In this enclosure, the mood was more tense and the staff responded immediately. There was no direct contact (except for a hand touch exercise with the wolf's nose on the back of our hand) and we didn't stay very long. It was getting too dark to take pictures anyway.

I find it very nice that wolves are considered partners in Ernstbrunn. They are not forced to cooperate, but encouraged to cooperate. The joint work should be worthwhile for humans and animals, as well as promote respect and trust.

Is the high price for the wolf shooting now worth it?

If I am honest, I was not very satisfied with my photos. The right light was missing and often the wolves were too close to other people. But the experience itself is unique, educational and just a little adventure in itself! 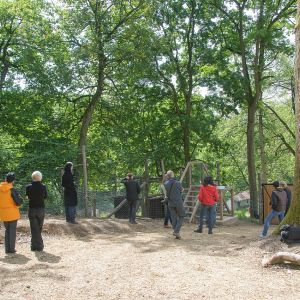 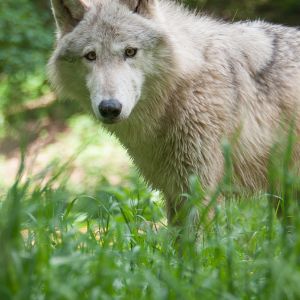 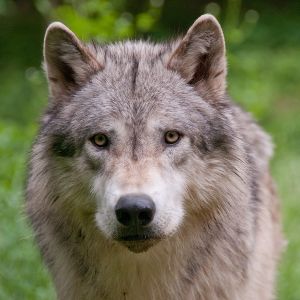 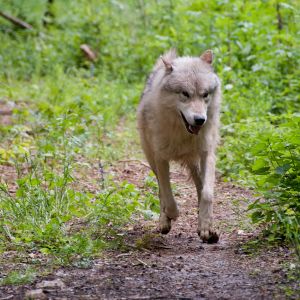 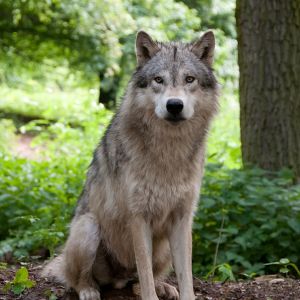 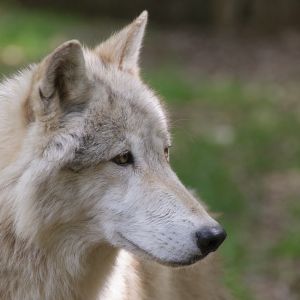 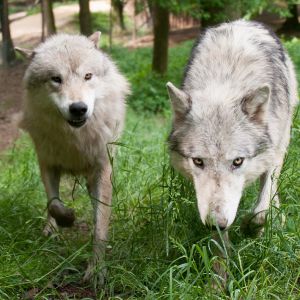 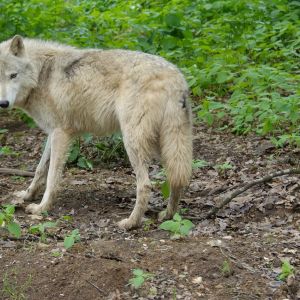 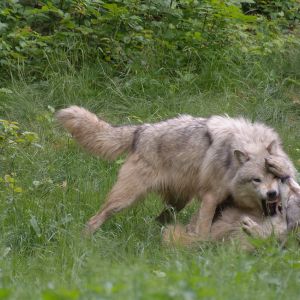 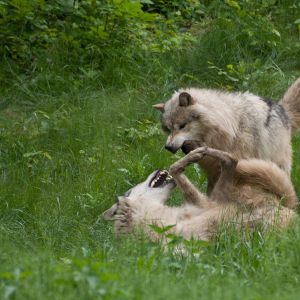 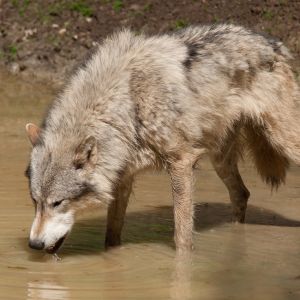 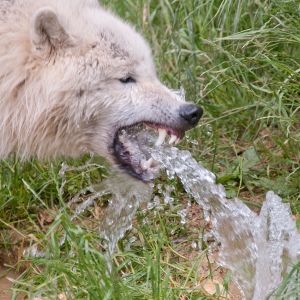 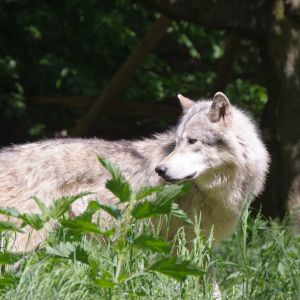 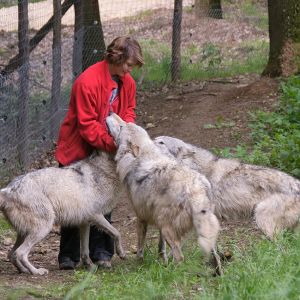 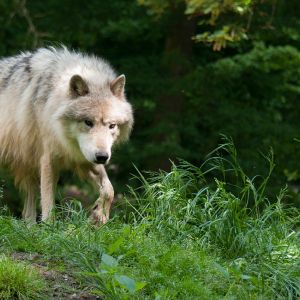 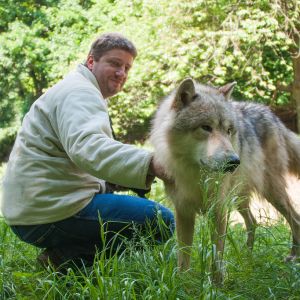 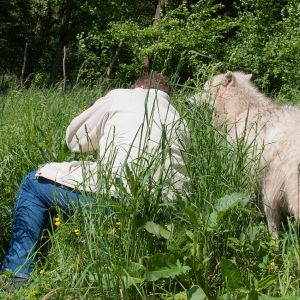 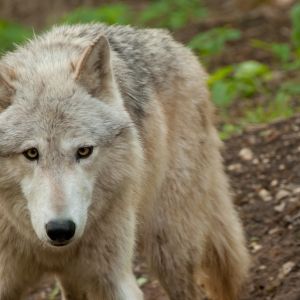 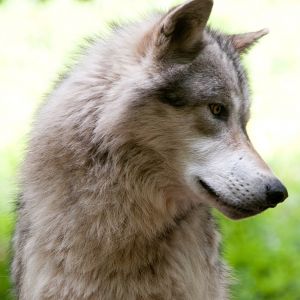 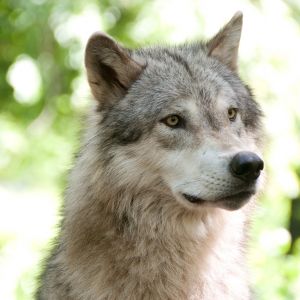 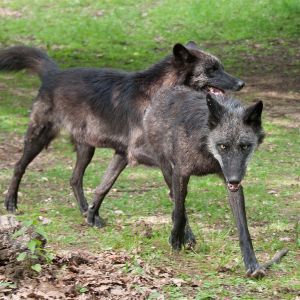 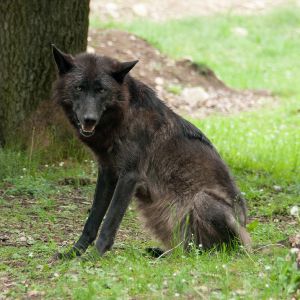 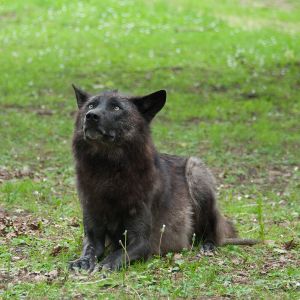 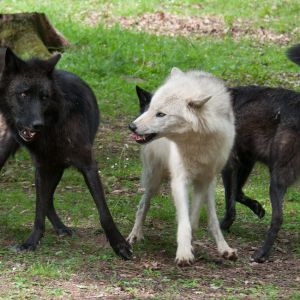 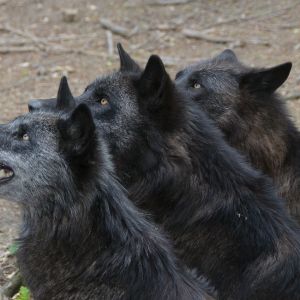 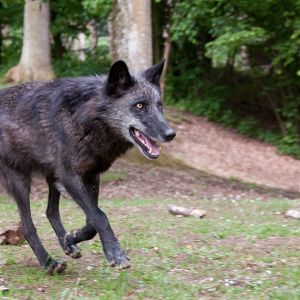