About three months ago, I saw GuruShots for the first time on a friend's cell phone. She showed it to me briefly, but I barely understood anything. At first glance, the app seemed terribly complicated. But then curiosity got the better of me and I signed up and installed the app.

What is GuruShots? You could call it a game in which the goal is to win so-called challenges. In these challenges, everything is about photos on the various topics. The goal is to reach the Guru status.

The rules of the game

How does it work in detail? The essential element is the already mentioned status. After registration, you start as a newbie and then try to work your way up to guru status via several intermediate steps.

For each level, certain goals must be achieved which become more difficult from level to level. To advance from Newbie to Rookie, you need 1500 points, 3 Skilled levels in a challenge and a successful swap. The veteran needs 15.000 points, 5 times "All Star" level and one time top 20% ranking. To become a Guru you need 150,000 points, 30 "All Star" levels, 5 "Guru's Pick" and - the biggest hurdle in the whole game - a won Challenge.

To understand these terms you need to know how a Challenge works. A Challenge is nothing more than a photo contest and is hosted by a member who has already achieved Guru status. Depending on the theme, between 5,000 and 20,000 people participate in a Challenge. The themes are completely different like "Seeing Borders", "Cold Things" or "Water Birds". So the topics can be very abstract, but also very concrete. The duration of a Challenge also varies, ranging from two days to two weeks. Depending on the challenge, you take part with one or four pictures. As soon as your own photos have been uploaded, the voting begins. To do this, you select the pictures you like from a list of random photos from the respective challenge. A kind of speedometer increases with the number of pictures that are selected. It is very important that this speedometer is always at the limit, because it depends on how often the own pictures are shown to the other users for voting. So during a challenge you are constantly clicking to keep your own photos in the voting. This ensures that people actively participate in the voting.

At the end of the challenge, the number of votes decides the rank in the competition. Here there are several results, also called Achievements, which can be reached. Firstly, one has a level that depends on the number of points. These levels are Popular, Skilled, Premier, Elite and All Star. The organizer of the challenge decides how many points are needed for each level. Another scoring is the absolute or percentage rank, for example Top 10, Top 100, Top 5% or Top 20%. In addition, the guru hosting the challenge selects his own favorites. This is the Guru's Pick.

One last element is still missing. During the voting, three tools are available that can be used to influence the challenge. First, a so-called boost can be started, even if the time window for it is already over. With a boost, a photo is displayed especially often to other users for voting, but is only available within a certain time frame. Then there is the Autofill, which fills up the voting speedometer without having to rate long photos. But the most important element is the swap. If you have the feeling that a photo is not well received, you can simply swap it for another photo. If this photo then gets more votes, you have achieved a successful swap.

GuruShots also offers some social media elements like likes, followers, comments, etc., but they only play a minor role.

The road to becoming a guru

My registration with GuruShots was on July 22, 2018. The first challenges were rather moderately successful. I still lacked the feeling for which photos are suitable for such contests. It was also often difficult to find suitable photos for the respective theme. That's why there is also a regular challenge "Newbies Only", which has no special theme and is reserved exclusively for new members. Here you can gather your first experiences and become familiar with the platform.

Then something very interesting happened. Apart from shoots, I tended to take photos without a specific goal. If I liked something, I pulled the trigger. Over time, however, I only had the subject of the respective challenge in mind. My perception of the environment changed and was reduced to what could fit a theme. And what didn't fit, was made to fit. A red flower quickly became an orange flower if the theme demanded it. Photoshop makes it possible. And if really nothing wanted to fit, I got creative and thought of a suitable motif. The highlight was the theme Loneliness. Instead of desperately looking for any motifs outside, I cleaned out my fridge, cleaned and placed a tomato strictly according to the two-thirds rule. I still like the photo :-) Here are a few other examples: 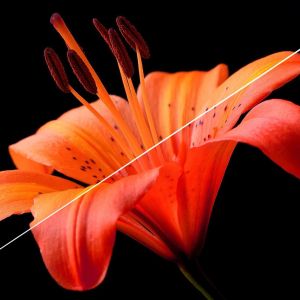 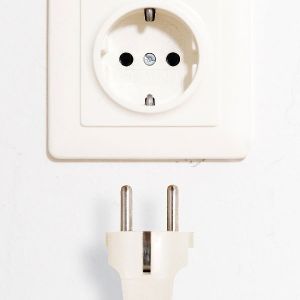 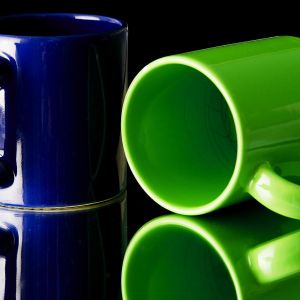 And so it went on and I quickly reached the first levels. But at the higher levels it became more difficult. Constantly hoping whether one gets the longed for Guru's Pick. The joy, if it was then so far. Continuous clicking in the voting. Of course I was in several challenges at the same time, always the ranking in the back of my mind. Maybe I could risk a swap after all? Often I was number one for a while, but in the end it wasn't enough. Very frustrating moments.

On August 22nd, the time had come. My sister was just visiting Vienna and I think she was slightly annoyed that I was constantly busy with the cell phone. This time it was enough. My photo of Ronja won the challenge Dogs In Action! But I wasn't a guru because of that yet. I was so fast that I didn't even have the points needed to get Guru status. So I had to keep playing and on September 14, I had finally reached the 150,000 points. I was a guru.

And then? After Guru, there is nothing left to achieve. Without that goal in mind, suddenly there was no motivation to keep playing. I tried for a while longer, but there was just no incentive. Funnily enough, I even won a challenge during that time. The theme was Black and Blue.

What is the benefit of this platform? Do you learn to photograph better? I think this is where opinions differ. In the last weeks I have seen a lot of photos. Most of them are not worth mentioning. But there were also damn good pictures that inspired me and showed new ideas and perspectives. Not infrequently I asked myself why I haven't come across them yet. Others will say that you only learn to adapt to mass taste. It did me a lot of good to leave my own bubble and learn what other people like. No one is forcing me to produce only photos like this. But especially as a professional photographer, it can be extremely helpful to be able to assess the tastes of potential clientele in a playful way.

There is one important point that I have not mentioned so far. What does it cost to join GuruShots? Basically, the platform is free and you can join as long as you want without spending a dime. There is a catch, though. The three tools I mentioned above are only available for a very limited time. After signing up, you have just 2 swaps, 3 fills and 2 keys. And those are used up very quickly. With a good ranking you can occasionally gain a few more, but that won't get you very far. If you need more, you have to buy them. And that can get pretty expensive, especially if you go full tilt into the game. The current price list looks like this:

The 3 months cost me about 70,- Euro. That is quite a lot for the short time. Of course, it is legitimate that GuruShots also wants to earn money, especially since the platform is ad-free. But the temptation is already very big to spend a lot of money here through exaggerated ambition.

One last point, which is not clear to me until today. As a guru you are allowed to organize challenges. At least that's how it's advertised. But I have never seen anything about it. Basically I don't care either. The time for GuruShots is over.