Great excitement in the Botanical Garden of the University of Vienna. After three years the plant, which has the botanical name Amorphophallus titanum, blooms for the first time in Vienna. Of course, I had to see this rare event on site.

Amorphophallus titanum, also called titan root, originates from Sumatra (Indonesia) and is the largest flower in the world. The plant belongs to the family of arum, which also includes some well-known houseplants such as Monstera deliciosa, Spathiphyllum wallisii or Zamioculcas zamiifolia. Like other plants of the genus Amorphophallus, it attracts insects for pollination with its large inflorescence. To do this, the cob in the center of the plant releases an odor reminiscent of a decaying carcass.

The titan root in Vienna originally came from the Botanical Garden of the University of Salzburg, where it last bloomed in 2019. However, it was already foreseeable at that time that the plant would grow too large, so it has been moved to the Botanical Garden of the University of Vienna. At the time of the transfer, the tuber still weighed 40 kg. Now, before flowering, it weighed a proud 80 kg. It was named "Willi" in honor of the Viennese botanist Heinrich Wilhelm Schott.

During the blooming, which lasted only two days, the cold house of the Botanical Garden of the University of Vienna was open until 11 pm on May 29 and 30, 2022. The whole event was also livestreamed. Unfortunately, the stream is no longer available in the meantime. On the first day, there were only a few visitors in the cold house, but that changed after the press reported on the event. On the second day, the queue of visitors went right through the botanical garden and the waiting time was over an hour. It's no wonder, since the next bloom probably won't be for another three years.

Here now the titan root in its full glory and some impressions of the rare event: 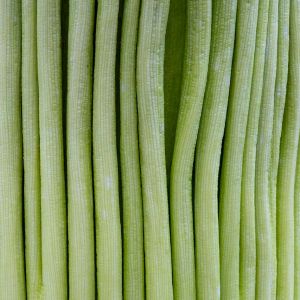 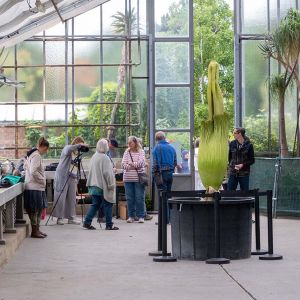 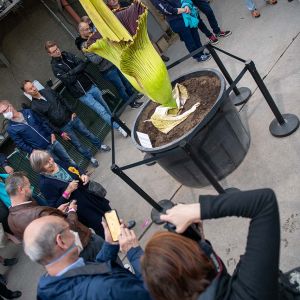 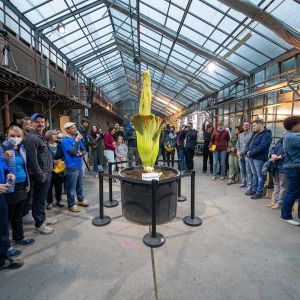 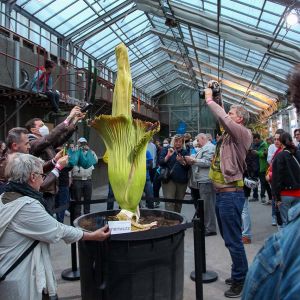 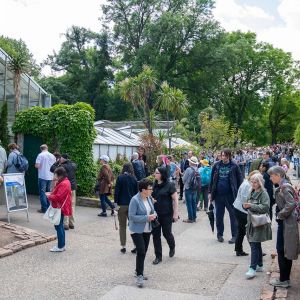